How to get a mortgage with a default

How to get a mortgage with a default 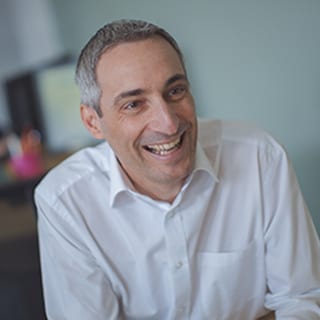 Getting a mortgage with a default

Missing a payment here and there is not the end of the world, but when you miss a series of payments, or fail to pay the full amount due over several months (usually anything from three to six), you risk being sent a default notice from the creditor(s).

This can affect a mortgage application, but with the right expertise and guidance, it’s still possible for you to get a mortgage, perhaps sooner than you expected.

Need advice? Speak to an expert

An introduction to Bad Credit Mortgages

What is a default?

A default happens when you have missed, or haven’t paid in full, several payments to the same creditor. Your account with that creditor is closed to stop you from borrowing from them further and a mark is placed on your credit report.

A default notice is a formal letter sent to you if debt is regulated by the Consumer Credit Act. Sending the letter is a legal requirement, it doesn’t mean that legal action has begun.

If the debt isn’t regulated by the Consumer Credit Act, then there is no requirement for the creditor to send a notice, but a default will still be registered on your credit report.

If you get a default notice the creditor can:

If you can afford to bring the account up to date, you should. If you are able to repay the overdue balance within the timeframe set out in the default notice, you can ask to have the default removed from your credit report.

If you are not able to clear the debt, get in touch with the creditor and see if you can come to an agreement on how to pay off the balance.

If you have deliberately withheld payment due to a dispute, make sure the creditor’s accounts department are aware. It is better to get in touch with them at this stage than if they commence legal proceedings against you. If you can avoid having a County Court Judgment (CCJ) registered against your name, then you should.

find out more on ccj's

A default will remain on your credit file six years from the date it is first registered. In certain circumstances, the debt may be sold on to a collection agency that could add a subsequent default to your credit file at the point they took over the debt.

If the same default shows twice on your credit report, it’s likely been sold on to a debt collection agency. The first default should be marked as ‘satisfied, then the debt collector will re-register the default, but as ‘debt assigned’. This tells anyone checking your report what has happened.

The date it expires will not change; it stays on your report for six years from the first entry, at which point both entries should be removed.

Defaults on a credit file are one of the most common reasons for mortgages to be declined but they are not as damaging as other types of adverse credit events, such as Individual Voluntary Arrangements (IVAs) or bankruptcies.

Typically, a mortgage application will be automatically turned down by high street banks and building societies. However, there are still plenty of specialist lenders out there that are willing to consider an application for a bad credit mortgage with defaults.

It should be possible to remortgage your property with defaults on your credit record, as with a standard mortgage. A lot will depend on the size of the previous default, the length of time since the default occurred, whether it was for mortgage payments or for another loan, and whether it was settled.

Default notices within the last 18 months will matter most, and if you have other marks on your credit record this might make the process more difficult.

Your actions since the default(s) to rebuild your credit score will also be considered. This could mean you have regularly repaid credit card bills, kept up with mortgage payments, and not fallen behind on any other outgoings for an extended period.

Some lenders are more flexible than others when it comes to defaults on your credit history.

Once a default has been removed from your credit record, provided there are no more adverse credit events and you meet the lender’s criteria, your chances of getting a mortgage improve.

Lenders will assess mortgage affordability based on your income and outgoings and will perform the usual checks on your account.

If you have a default on your credit score, it can be worrying, but we can help. We canvass the market to help you find a great deal on a bad credit mortgage, but there are steps you can take to improve your credit rating.

Do I need to satisfy my defaults before I can have a mortgage?

Generally speaking, satisfying a default will boost your chances of being accepted for credit. However, when it comes to mortgage applications, the high street lenders most likely won’t make an offer whether a default is settled or not. In the case of a specialist mortgage lender, they are likely to be more concerned with the date of the default than whether it was settled. It is your recent credit history that carries the most weight.

Defaults stay on your credit record for six years, and the older they are, the less impact they will have. If a default is (say) four or five years old and unsatisfied it will have a less detrimental effect than if it’s a year old, whether satisfied or not.

What is the maximum size default allowable?

If the default is over a year old, the size generally doesn’t matter. Within twelve months, lenders will commonly set a maximum amount of £1,500.

With regard to the number of defaults lenders will accept, up to two years it’s commonly two; after that, again, it generally doesn’t matter.

So, if you have any defaults on your record, it is those within the last two years – and in particular the last year – that have the biggest impact.

How do I pay off my default?

If you fall into arrears on an account, the lender will at some stage close it and a default will be registered against your credit record. As well as the missed payments showing on your credit report, the default will also show.

You may receive a default notice, which will set out how much you owe and when you need to pay it by. If you can pay, do so at this stage.

If you can clear the outstanding amount within the terms of the default notice, you can request that the default be removed from your credit record. (The late payments will remain.)

If you can’t pay, get in touch with the creditor. It’s possible you will be able to arrange to make smaller regular payments to clear the debt.

It’s possible no default notice will be sent, so it’s up to you to keep on top of things. If you do fall into arrears, speak to the creditor to organise repayment and check your credit report for any defaults that may be registered.

Why has the same default been registered on my report twice?

If the same default shows twice on your credit report, it is an indication that the debt has been sold on to a debt collection agency. If this happens, then the first default should be marked as “satisfied”. The debt collector will re-register the default, but it should be flagged as “debt assigned”. This tells anyone checking your report what has happened.

Even though the default is entered on your credit report a second time, the date it expires will not change; it stays on your report for six years from the initial entry, at which point both the entries should be removed.

Do you take the default balances into consideration when calculating how much I can borrow?

If a lender is willing to offer a mortgage, then how much they will offer depends on your ability to repay. This is assessed using the affordability test, which will involve them looking at your income versus outgoings.

Generally speaking, if you have a good credit history, little or no debt and no problem paying the bills, you can expect to potentially be able to borrow up to five times your income.

If you have adverse credit events, such as defaults, and especially if you also have other financial commitments, you will likely be able to borrow less. You might also be expected to put down a bigger deposit.

As is so often the case, a lot of this comes down to how long ago the default happened, and therefore the risk the lender believes they are taking.

Are there any mortgage lenders who accept defaults?

Many lenders have criteria that allow for defaults dependant on numerous factors and circumstances. These could include, but are not limited to the date of the default and how much it was for, together with the overall circumstances of the applicant.

How bad is a default on your credit history?

This will be determined by what it is you are looking at in respect of its impact. In regard to a loan or mortgage, it is likely to have an influence but will not necessarily stop you being approved. The date and amount of the default will be taken into consideration as will all other aspects of your situation.